We tend to be motivated by pain and pleasure. Our instincts drive us away from pain, whilst we are drawn towards pleasure; two different behaviours; a push and a pull. Of the two, pain is said to be the strongest motivator. It’s little wonder therefore that we resist anything that we believe may cause us pain, whether it be physical, emotional or psychological.

NLP techniques combined with hypnotherapy can help you reprogram your mind and enhance your motivational energy so that those tasks that might today seem difficult or pointless (or cause ‘pain’), become easy, do-able and meaningful.

The general desire or willingness to do something or take action towards a desired goal.

To intentionally and habitually put off, postpone or delay an action without good reason.

Motivation is a psychological drive we all have within us to do certain things. Where there is a physical need, we’re motivated. We eat when we’re hungry, sleep when we’re tired. The problem comes when we lack motivation to carry out a task that really needs doing, whether it be doing the housework, looking for work or going to the gym. This is known as procrastination.

Those who procrastinate tend to do the tasks or things they get most enjoyment out of, as opposed to the things that need to be done. This is okay up to a point, but at some stage some of those tasks that keep being put off actually need to be done otherwise the consequences for not doing them start to have a detrimental effect on your life.

The reason for not doing some of these tasks is down to the fact that none of us really like negative emotions. By not doing something that causes us stress or discomfort, we feel better about ourselves…in the short term.

Sometimes we procrastinate because we feel we’re not capable of carrying out a particular task, we’re not very good at it or the enormity of the task is deterring us. We may feel that the task is meaningless or that it’s just too much effort to bother. There may be elements of fear, lack of organisation or depression.

The trouble is, putting things off over and over again can lead to stress, guilt, further loss of productivity and the problems just get bigger and bigger, but don’t go away. In addition, we may feel that we’re perceived by others as being lazy, irresponsible and lacking commitment.

Whether you’re experiencing procrastination or a lack of motivation, there is often a reason why not doing something now results in a pay-off that’s more powerful than the drive to do it.

The combination of therapies I use can help you change in such a way that you become and stay focused, gaining control over your life and projects. We can work together to remove the resistance and hesitation so that you get things done on time and feel like you’re accomplishing something, whether it be getting back into work, paying off your bills on time or starting that project or hobby you’ve always fancied doing but never get round to.

Over time you have learned how to behave in this manner. Through the use of hypnosis, your unconscious mind can un-learn old patterns and attitudes and re-learn new positive, helpful ones. As a result, not only will you start to achieve those things you once thought were impossible, your level of self-esteem will increase and any fear of failure (or success) will disappear, leaving you motivated to get on with your life! 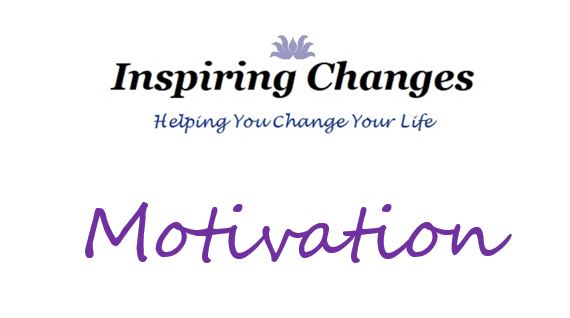