Drug addiction is a chronic disease. Most people voluntarily take drugs initially, however, some drugs can alter the brain to such an extent that even if someone wishes to stop, they find it incredibly hard to and specialised help needs to be sought.

People may become dependent upon drugs or addicted to them. They type of drugs range from recreational ones, such as cannabis, amphetamines, cocaine, heroin and hallucinogens, through to prescribed drugs and alcohol.

Drug Addiction and Drug Dependence are two different things. Someone can be dependent on drugs but not necessarily addicted to them and vice versa.

Addiction is characterized by drug seeking, despite the known consequences, which can include a detrimental impact on work and personal life, and an inability to stop using the drugs.

Dependence on drugs can frequently happen to those on prescribed medication for long-term illnesses such as diabetes, depression and hypertension. As the body becomes more tolerant of the drug, more may be required to achieve the same effect. There may also be withdrawal symptoms if you attempt to stop the drug.

First and foremost, I am not trained in Drug Addiction/Dependency, however, I have had training in helping with drug addiction/dependency using hypnotherapy. There is a difference. You may require specialist help to enable you to become drug free and that, I can help support you with.

For those who use, for example cannabis, on a regular basis that has simply become a habit, and wish to stop or reduce, there are techniques we can use to help you achieve this. For those that have a debilitating heroin addiction, you will need specialist help, however, I can work in conjunction with your medical professionals, provided they are in agreement.

Drug addiction and dependency is a complex subject. People may find that they have a compulsion to use drugs that is difficult to resist. Some may wean themselves off drugs but subsequently suffer a relapse.

Most drugs tend to affect the ‘reward centre’ part of the brain, which creates a sense of euphoria. The following are the types of drugs most commonly used:

Alcohol: a stimulant and depressant drug that affects the central nervous system, slowing down brain function and neural activity.

Steroids: Performance and Image Enhancing Drugs (PIED’s), include steroids and may be used to increase muscle growth or to reduce fat. The most commonly used PIEDS are anabolic-androgenic steroids. They are known as Roids, Gear and Juice.

Cannabis: a psychoactive drug know by many names including Marijuana, Pot, Dope, Hash, Weed and Spice. It is the most commonly used illegal drug in the world. It produces a ‘stoned’ feeling, changing thoughts and perception and heigtening senses. It may also have a depressant effect.

Amphetamine: a stimulant drug also known as speed, meth, crystal meth, ice, whizz and shards, amongst other names. It speeds up the activity of some chemicals within the brain, resulting in less fatigue and increased alertness.

Ecstasy: a stimulant and hallucinogenic drug, commonly known as MDMA. Ecstasy may also include caffeinie, aspirin and ketamine, in addition to the MDMA. It is has numerous other names, some of which are Es, Pills, Xtc, Molly, Mandy and Pingers.

Hallucinogens: these produce hallucinations, or a ‘trip’ in which you may hear or see something that’s not there. They can alter mood and perception. Some names they’re known by are, LSD, Acid, Mushies and Tabs.

Cocaine: a stimulant drug affecting the central nervous system, often known as Coke, Crack, C, Rock, Snow, Charlie and White Lady. It speeds up the activity of some chemicals within the brain, resulting in less fatigue and increased alertness.

Heroin: a depressant drug affecting the central nervous system by reducing the activity of some chemicals within the brain. It slows down the body including breathing and heart rate. Known also as Smack, Gear, Dope, H, Hammer, Harry and Horse.

New Psychoactive Substances (NPS): these are drugs that are manufactured to replicate illiegal drugs such a s cannabis, LSD, cocaine and ecstasy. The main risk of taking these, is not knowing what’s actually in them. They can be reffered to as synthetic drugs, Bath salts, Mephedrone, Flakka, Gravel, Plantfood, Monkey dust, MDPV, Alpha-PVP and NBOMes. 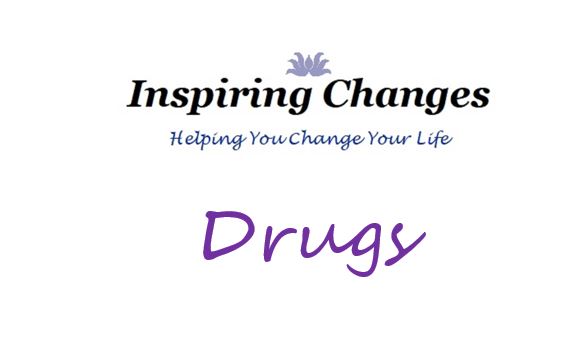